Ham Potato and Corn Chowder is another delicious soup to add to the recipe rotation! 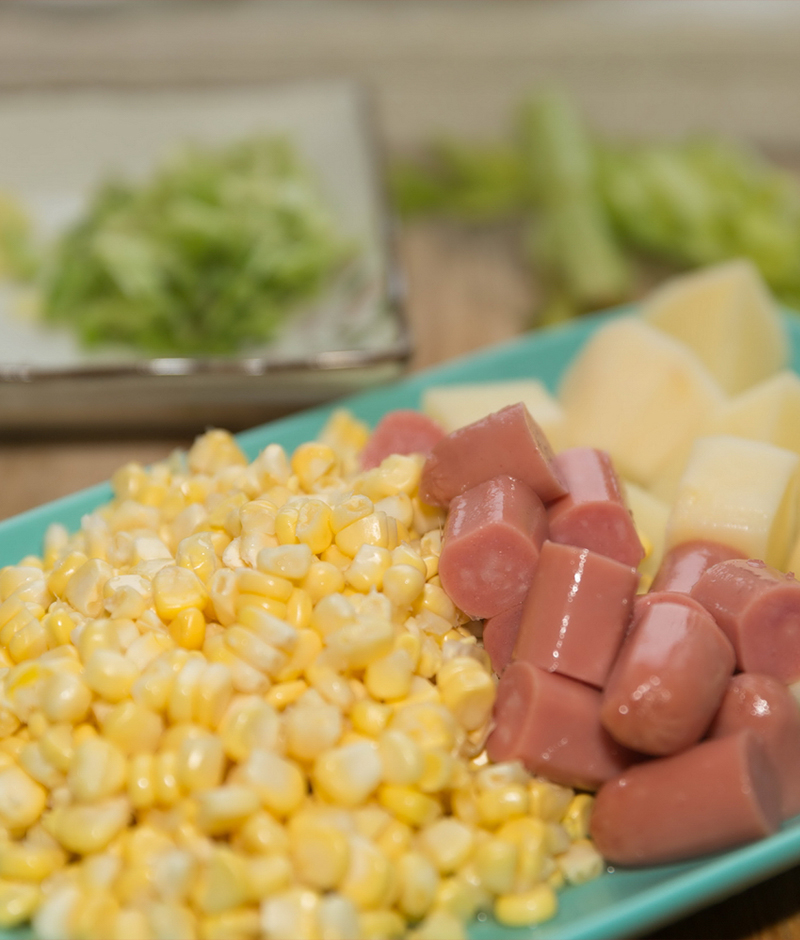 Slow Cooker Corn and Potato Chowder with Ham, This meal is always a hit with the whole family, so I decided to measure out everything for a change and write it all down in order to share the recipe today.

How to Make Homemade Corn Chowder:
Making homemade corn chowder is simple and easy. The most important ingredient is the corn! Luckily, this recipe can be made using fresh, frozen, or even canned corn.

How to make corn chowder with frozen corn: Set the corn out to defrost when you start making the soup. It will be plenty of time. Add the corn to the soup according to the recipe and it will cook through and be warmed perfectly.

How to make corn chowder with canned corn: Open and drain the corn before adding to the soup. If you want to make the corn a bit thicker and sweeter, you can add a can of creamed corn as well! 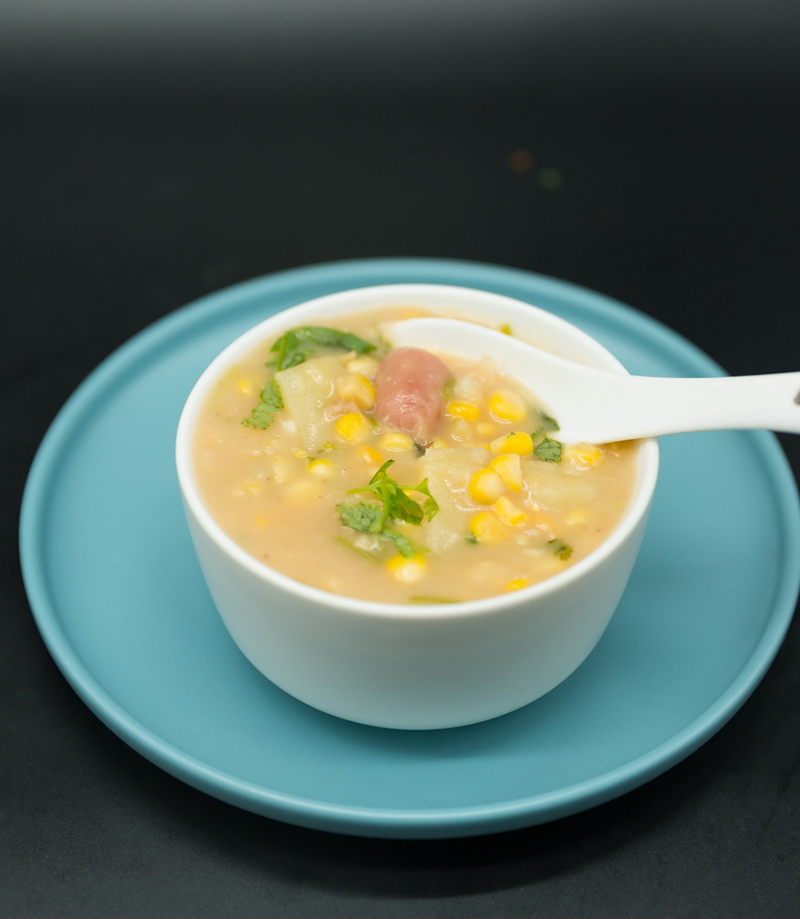 melt the butter over medium heat. Add the garlic and cook an additional 30 seconds. Stir in the flour to make a thick paste. Allow this to cook for about 1-2 minutes, just to cook the flour.
Stir in the salt, pepper, and paprika. Pour in the chicken stock. Stir to combine. Add the diced potatoes. Cook for about 10-15 minutes over medium heat.
Add in the corn and continue to cook for another 10 minutes, until corn is heated through and the potatoes are fork tender.
After soup is blended, add in the ham. 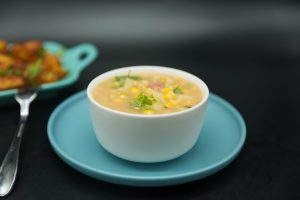